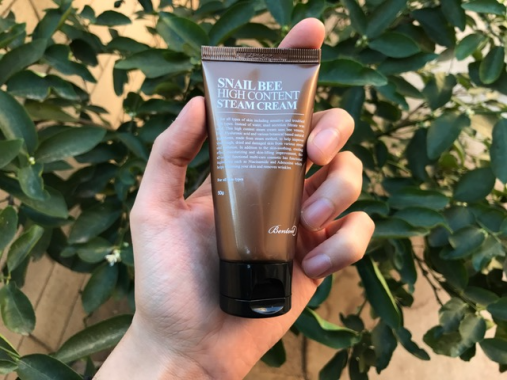 In all likelihood this is probably one of the most popular Asian beauty moisturizers out there today, and for good reason! Let’s break it down. 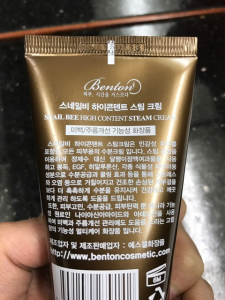 OMG. Korean language I don’t understand! :o) Here’s the translation for everybody. 😀

Yes, you read that right! SNAIL POO! Or rather, slimy snail discharge. If you’re new to the Asian beauty skincare scene, the words “ew gross” might have popped up in your head. Rest assured it isn’t nearly as bad as it sounds, and snails are kinda cute anyway! :p 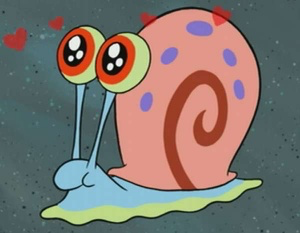 So why would you want to put snail doo-doo on your face? Simply put, because it’ll turn your skin into a baby’s butt. Well, not literally. But, you know what I mean…. it has a ton of benefits!

Snail mucin contains trace amounts of collagen, elastin, hyaluronic acid (all skin-identical ingredients), in addition to glycolic acid, allantoin, and a couple minerals including zinc, iron, copper, and maganese. A couple in vitro and in vivo studies have also shown it’s good for anti-aging, acne, and wound treating. (1, 2, 3) It might possibly help treat eczema as well. (4)

A humectant commonly found in moisturizers. This helps keep the skin hydrated by reducing transepidermal water loss (TEWL) by binding water to the skin’s surface.

Like glycerin, this is another humectant albeit way more capable of retaining water. In fact, sodium hyaluronate can hold up to 1000 times its water weight! It pulls water from both the atmosphere and underlying dermis (deeper layers of skin), to keep the epidermis hydrated. It’s so effective at doing this that it has a “plumping” effect on skin which reduces the appearance of shallowness. Research has also shown it’s a very effective wound-healing agent. (5)

A.k.a. the sexy all star, the Kobe Byrant, the Michael Jordan of skincare ingredients. This puppy does a little bit of everything. It helps brighten skin tone, treats acne better than antibiotics, inhibits melanosome transfer which is good for treating hyperpigmentation and skin discoloration, has anti-aging benefits, and increases skin hydration! (6, 7, 8, 9) Like I said, does a bit of everything. :p

And best of all, it’s just a natural part of the B complex (vitamin B3 to be exact).

An epidermal growth factor (EGF). Some preliminary studies are showing that EGF could effectively treat acne scars and wrinkles. And interestingly enough, it seems like the direction of acne scar revision will be using a combination of EGFs with high energy microneedling. (10)

Like snail mucin, the research on this ingredient is a bit scarce. But the assumption is that it “tricks” your skin into thinking it received a bee sting which prompts an immune response to produce collagen and elastin (both good for anti-aging and scarring). (11, 12)

A couple of small in vivo studies have also shown using bee venom decreases wrinkles, and is helpful for treating acne. (13, 14)

An effective treatment for post inflammatory hyperpigmentation (PIH) because it inhibits tyrosinase, which is an enzyme that produces melanin — that is, the pigment that gives hair, eyes, and skin its color. Melanin is also what worsens PIH and uneven skin tone, so it’s important to keep this check when trying to treat general discoloration like the brown, red, or purplish marks left behind post-inflammation.

A soothing and skin-restoring ingredient.

Composed of a few different fatty acids including 5% palmitic acid, 6% stearic acid, 30% oleic acid, and 59% linoleic acid. (15). Research has shown that acne-prone skin has low levels of linoleic acid, so the assumption is that sunflower oil might help treat breakouts given that the free fatty acids in the oil become hydrolyzed. (16)

An amino acid with antioxidant effects.

There are a ton of extracts in this formula (e.g. Willow Bark, Elm, Tocopheryl). Extracts are solutions made by soaking some herb or plant in alcohol for an extended period of time which infuses the liquid with botanical benefits.

It’s hard to say exactly what these will do for skin because research on extracts as a whole is bit limited. But they can’t hurt! And in all likelihood exert soothing and anti-irritant effects.

The consistency of the Benton Snail Bee High Content Steam Cream is pretty unique. It feels like a thick creamy oil. Kind of hard to explain, but one person described it has having a lot of “drag” to it. I couldn’t have said it any better myself! It’s the only thing I don’t like about the application process because it does take a while to rub in. 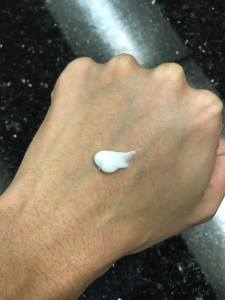 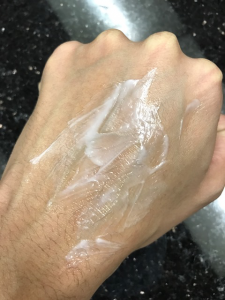 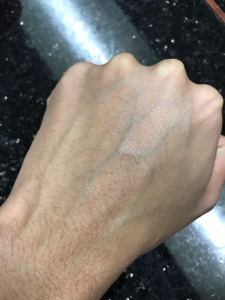 The first few times I tried applying it, it would create streaks of white that almost look like partially rinsed soap. Here’s a photo of what I’m talking about. 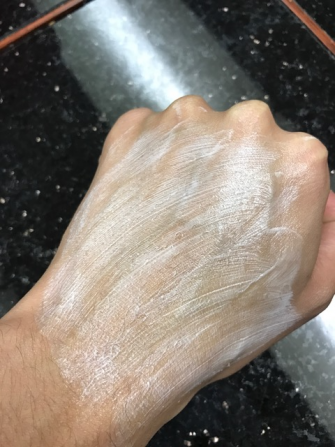 Rest assured though, with enough GENTLE rubbing it eventually goes away. I have found that you can avoid this altogether by simply patting it into the skin instead of spreading. However, it’s very easy to overdue it with this method, which could lead to a slight shine finish.

If rubbed in correctly it dries unnoticeably. It definitely leaves behind a bit of hydration, which is nice. As far as the smell goes, it has a very subtle clean and medicinal scent. By far and large it’s unnoticeable, unless you’re really trying to focus on it.

Doesn’t spread as easily as I would have liked. The application process takes a little getting use to, and requires more “patting” into the skin as opposed to rubbing.

No complaints here! Comes in a small squeeze tube.

I would have loved if the bottle was a bit bigger. Compared to other moisturizers (e.g. CeraVe PM) this won’t last as long, unfortunately. 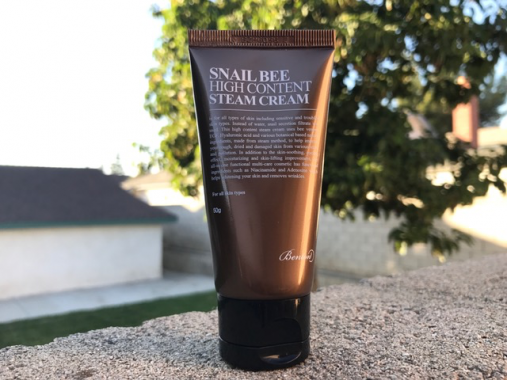 Overall a very solid Asian Beauty product, with the only major caveat being its spreadability, which will in all likelihood take some getting use to. But aside from that I recommend this cream for anybody in search of a good moisturizer, or wanting to try snail doo-doo for the first time! :p

I hope you’ve enjoyed this review.

HELLO, would you suggest its use even for acne prone skin which is totally dehydrated ?

Does this product need to be refrigerated or have any special shelf life?

Hi,
Do you currently use this moisturizer? I have seborrheic dermatitis and I am afraid that the stearic acid and plant oils would exacerbate it. I know from other posts you have malassezia folliculitis, so I was just wondering if you had any experience with the Steam Cream and irritating the seborrhea/folliculitis.