Beard Growth Products Explained (15 Studies): Everything You Need to Know

Ah, beard growth products. Yet another topic on the interweb that’s a breeding ground of misinformation, deceptive marketing, and overhyped products that will do next to nothing for facial hair growth.

No worries though, that’s why I’m here — to steer you in the direction of stuff that works, but importantly explain why it works. Knowing this information will help better equip you in the future, should you decide to do your own research on beard enhancing products.

Anyhow, let’s cut the crap and get right into it. Here’s a quick summary of all the items we will be discussing today:

But before we go into depth about each one of these individually, let’s quickly discuss what you should be looking for when it comes to beard growth products.

DHT, Testosterone, and 5-Alpha Reductase: Why They Matter for Beard Growth.

There is one main reason beard products will either help or hinder your facial hair growth, and that is a little hormone called dihydrotestosterone, or DHT for short. (1)

DHT is derived from testosterone by an enzyme called 5-alpha reductase (5AR), and is the primary hormone governing androgenic hair a.k.a body hair. (2) This includes hair on the chest, leg, arm, pubic area, and of course — the face!

You can think of DHT as the stronger older brother of testosterone. It’s far more bioavailable, has 3-10 times the potency, and a fivefold interaction with androgen receptors. (3) Androgen receptors (specifically at the site of DHT) being what facial hair growth is dependent on.

If this is all confusing, just remember this. More DHT = a denser and thicker beard.

Got it? Cool. Therefore, the trick to beard growth products simply comes down to finding things that will increase DHT levels. This can be done in 3 ways:

To grow a fuller beard we need to use products that boost DHT, testosterone, 5-alpha reductase (5AR), or activate androgen receptors. 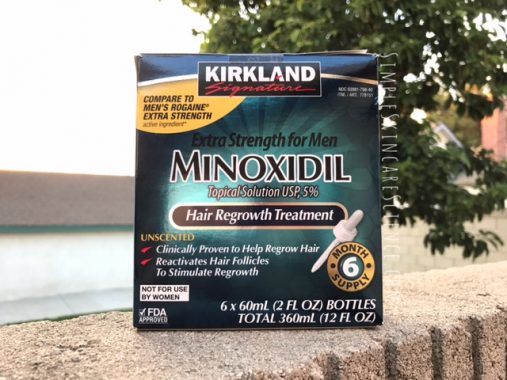 The single-most important product for enhancing facial hair growth. I’ve written an extensive 4,000 word guide all about minoxidil for beard growth. Make sure to check it out, but here’s the quick and dirty version.

Minoxidil is an FDA approved drug for the treatment of androgenic alopecia a.k.a. male and female pattern baldness. It is the active ingredient inside of Rogaine.

You may be thinking, “wait, WHAT?! You want me to put rogaine on my face to grow a beard?” Yes. That is exactly right. But it’s not as crazy as it seems!

You see, in recent years there has been a proliferation of men that have tried the so-called “minoxidil experiment.” In other words, putting Rogaine or other similar minoxidil solutions on their face to enhance their natural facial hair growth.

And it works incredibly well! To show you what I’m talking about, here’s a video documenting the before and afters of 100 men, all of whom used minoxidil to grow beards when they otherwise couldn’t.

Skeptical? Still not convinced? Then you’ll be happy to hear there is also scientific evidence that minoxidil works. Indeed, a recent study confirmed that using minoxidil twice daily for 4 months is a safer, low-cost alternative to surgical beard implants. (4) The best part — it’s your natural hair and the results are permanent!

How to use Minoxidil.

Very simply, apply a 1 mL of minoxidil liquid or a  half a capful of minoxidl foam to the beard area of your face twice daily. Let it sit for at least 4 hours every application. Do this consistently for at least 6 months (preferably a year) and viola! Say hello to your new beard.

Yes, the 6 month period is necessary. This is generally how long it takes for facial hair to transition from the vellus to terminal stage. In other words, if you don’t apply it for at least 6 months you risk losing all the new hair you gained because it won’t be permanent.

Half a year may seem like a long time, but honestly that’s peanuts in comparison to the satisfaction you’ll get from having a beard for a lifetime. 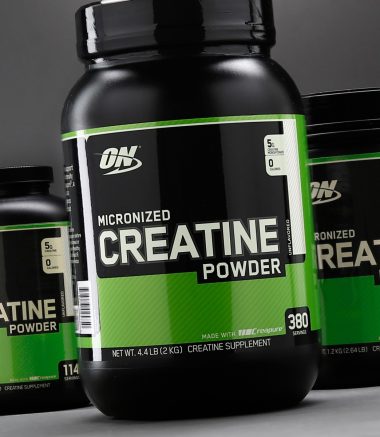 You may know it as the supplement that’s commonly used by weight lifters. This is because it helps increase strength and mass. But fear not lazy people. Creatine still increases testosterone levels at rest, meaning it’s not actually necessary to exercise alongside it to receive its benefits for facial hair growth.

Creatine’s effects on DHT have also been closely examined. For example, one study involving 20 college students found that DHT levels increased by 56% after 7 days of creatine loading! (6)

This happens because the elevated levels of free testosterone lead to the conversion of DHT. For those trying to grow fuller beards, this is good news because it means increased development of secondary sex characteristics like facial hair.

A naturally occurring element and mineral found in the earth’s crust. Trace amounts of boron are found in plants, which is how we consume it through dietary means.

Why is this little trace mineral a good beard growth product? Because a couple studies have shown that boron positively impacts DHT and testosterone levels.

The first, a 2010 study in which several participants were asked to take 10 mg of boron every morning for a week. (7) After 7 days, the researchers found that boron —

Similarly, another study found that daily supplementation with 12 mg of boron led to a 29% increase in free testosterone levels. (8)

Fun fact: boron also increases the levels of vitamin D in the body, significantly speeds up wound healing, plays an important role in the health of bones, improves magnesium absorption, has anti-inflammatory benefits, is an anti-carcinogen, and may improve brain activity (among many other things). (9)

Yup, boron is a total badass!

Besides being viagra in disguise, butea superba may exert positive effects on DHT levels. What evidence is there of this? The famous case study of a 35 year old Thai man. (10) Let me explain.

There was a dude from Thailand that had been consuming butea superba like a wild animal for weeks. He went in for medical examination. His chief complaint — an abnormally high sex drive (lol).

The medical professionals examined him and found he had ridiculously high levels of DHT (1512 pg/mL — normal ranges being 250-990 pg/mL). After a couple questions, they concluded that butea superba was the culprit. They asked him to stop using it, and BAM…. what do you know? His DHT levels and libido dropped considerably.

Now, I’ll be the first to admit that this isn’t very convincing evidence. I’m simply putting it out there for those that really wanna get your DHT levels to super saiyan status. 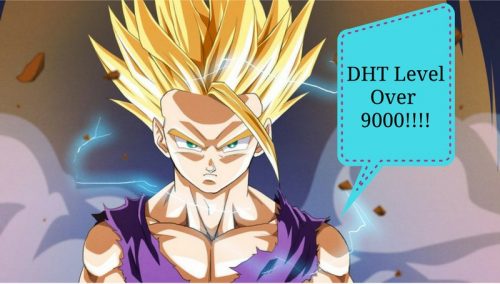 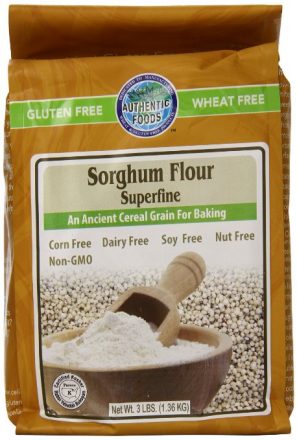 Sorghum bicolor is a gluten-free grain from Northern Africa. It may be good for beard growth because it increases the activity of 5-alpha reductase (5AR). Again, 5AR being the enzyme that converts testosterone into DHT.

While not hard evidence, one study found that alcohol extract made from sorghum bicolor increases the activity of 5AR by 54%. (11) The same does not apply for alcohol extracts made from other grains like rice and safflower.

What does this mean for us on our beard journeys? Putting a little bit of sorghum bicolor inside your drink of choice could potentially benefit facial hair growth. Just use it like you would a protein powder (use about 10 grams at a time).

And for the super saiyan DHT brothers out there, consider making your own beer with it! This would be the best way to get sorghum bicolor’s full 5AR increasing benefits. Or you can always just buy sorghum beer. 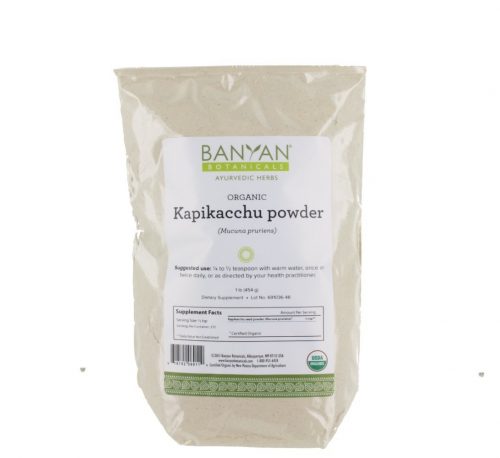 Mucuna Pruriens a.k.a. velvet bean, is a tropical legume found in Africa and Asia that’s been recently subjected to a lot of scientific inquiry because it’s numerous health benefits.

These include (but are not limited to) reduced cortisol levels and oxidative damage, decreased prolactin levels, increased levels of testosterone, dopamine, sperm quality and volume, and activation of androgen receptors (12)

In other words, it’ll make you super happy, more fertile (good if you’re trying to have kids), and increase many of the necessary mechanisms behind facial hair growth. Since we’re here to discuss beard growth products, let’s focus on that last bit.

Two studies have shown that supplementing with mucuna pruriens increases testosterone levels by about 38%. (13, 14) More interestingly however, is it’s ability to increase androgen receptor activity meaning it makes better use of the DHT and testosterone already available. (15)

These means that mucuna pruriens potentially increases the rate at which facial hair follicles mature. This will be especially pertinent info if you decide to use Minoxidil because it could speed up your journey. If you decide to take mucuna pruriens, keep the dosage between 250 to 500 mgs a day.

And that does it for our discussion on beard growth products! Hope you’ve enjoyed it and found it resourceful.

Cheers, and beard on!

Is it safe to use all the products above in conjunction with each other?

do you think these will also help a patchy mustache? I suppose since it’s facial hair just like beard it can help?

thanks in advance! by the way, awesome blog. I’ve learned so much from it.

What about folic acid and biotin ? there are tens of youtuber on minoxidil facial hair journey using this two products and recommending their followers to use it.

My question is about the same, i can get all of the above in a fitness/bodybuilding webshop. Can i use 3 or four of these at the same time? Maybe just 1 switching every week / month.

What about Pine Pollen?